A sensor is an electrical device that converts physical parameters such as pressure, light intensity, temperature and movement into continuous or discontinuous electrical quantities in analog and digital form. The output of an electrical sensor is an analog or digital signal that is transmitted to the appropriate hardware for the required processing via its appropriate software.

In fact, it is a device that measures physical and chemical changes and converts them into electrical signals. Each sensor has different operating principles depending on the structure and physical parameters it measures. But the common feature of all sensors is that they convert a physical parameter into an electrical signal. Sensors are one of the most widely used industrial automation equipment that acts like the five human senses for machines. The function of the sensors and their ability to connect to various devices such as PLCs has made sensors an integral part of automatic control devices. In a general classification, sensors used in industry can be divided into two categories: contact sensors and non contact or proximity sensors. 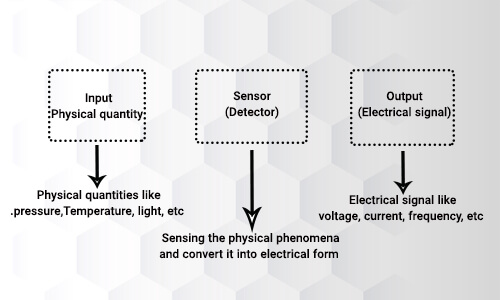 Contact sensors are sensors that, in physical contact with an object, sense its physical quantity, including temperature, pressure, and heat, and send an electrical signal.

Non-contact sensors are devices that operate at a distance from the object and without contact with it. For example, as an object approaches, they sense its existence and become active.

The advantages of these sensors include long operating life, high switching speed, and no need to touch the object.

There are different types of sensors, each with different applications and functions. The following is a list of different kinds of sensors that are used:

In the rest of this section, we discuss about the above-mentioned sensors in brief.

One of the most widely used types of sensors is the inductive proximity sensor. This is a device that detects the presence of objects nearby without requiring physical contact.

This contactless or proximity sensor is used only for the detection of metallic objects. They use currents induced by magnetic fields to detect nearby metal objects.

The inductive sensor uses a coil (inductor) to generate a high-frequency magnetic field. If there is a metal object near the magnetic field, the current begins to induce in the object. Inductive sensors are often used in applications that require high accuracy, safety, and reliability, and in harsh environmental conditions.

These sensors have many applications in various industries, including industrial automation. They are used to detect the presence of metal objects in the electronics, mechanics, automobile, plastic, or food industries. 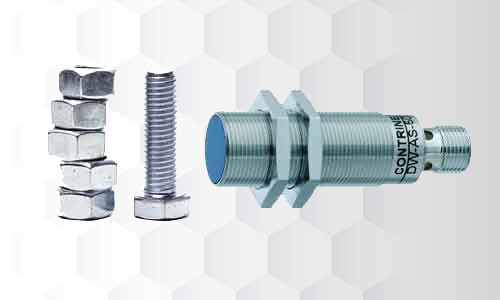 The operation of this sensor is based on a light beam that is either reflected from the object or cut off. The sensor can detect the presence or absence of an object by changing the light.

The sensor is made of a light source, an amplifier, a signal converter, and an output.

These types of sensors are used to detect most materials like metal, plastic, and wood. They can even detect clear items like glass, plastic, and liquids depending on the type of sensor.

The three most common types of this sensor are:

They can be used in a wide range of different industries. For example, they are used in factory automation, in production lines like detection of empty and transparent bottles, Conveyors, Gates, and entrance doors (in buildings).

The operation of capacitive sensors is such that when the object is close to the sensitive surface of the sensor, it enters the electrostatic field caused by the two electrodes of the sensor and changes the capacitance of the capacitor.

The structure of these sensors consists of four parts: amplifier, Schmidt Tracker, Demodulator, and Oscillators.

They are sensitive to everything and can be used in controlling the levels of tanks, counting objects in the Production line, Separation of metal parts from non-metal, control of Fabric movement, and detecting longitudinal tears of a conveyor belt. These sensors are suitable for controlling surfaces in tanks filled with powder, liquid, or granular material. 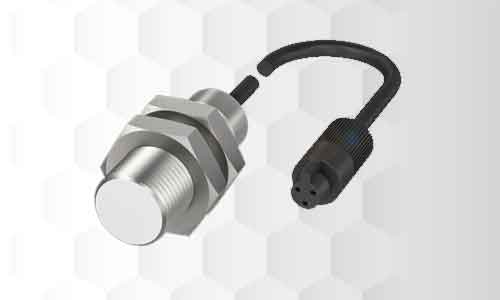 The ultrasonic sensor uses a transducer to receive ultrasonic pulses. Which transmits information about the proximity of an object. High-frequency sound waves are reflected from the boundaries, creating distinct echo patterns.

Its structure consists of a sound transmitter source and a receiver. The most common use of ultrasonic sensors is to measure distance in small and large projects.

Another great application of ultrasonic sensors is the measurement of liquid levels. Because it does not matter what color the liquid is and they are not affected by the color of the objects. 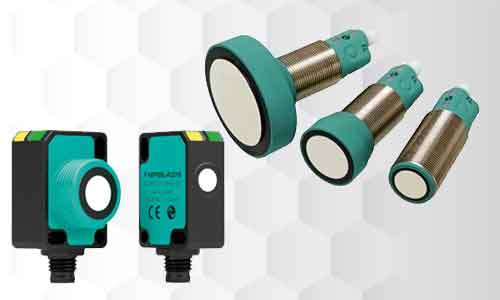 In most industrial process control, pressure measurement is very important. The pressure sensor converts the pressure information into an electrical signal.

They are generally used to control and monitor the pressure of liquids and gases. Pressure sensors also have the ability to measure a variety of variables indirectly.

Most pressure sensors measure diaphragm deformation due to differences in pressure applied on both sides of the sensor. Pressure sensors have many applications in the industry. so, different types of these sensors are produced and offered with a wide range of specifications.

The choice of pressure sensor type can vary depending on where it is used and whether it is used in harsh or corrosive conditions or in medical equipment or moving instruments. 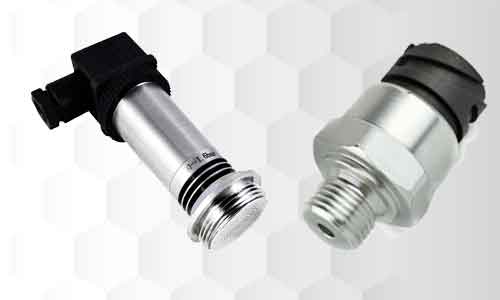 A pressure switch is a device that operates an electrical contact when preset fluid pressure is reached.

The switch makes an electrical contact on either pressure rise or pressure fall from a certain preset pressure level.

Typically, the pressure switch is activated mechanically, like a pressure gauge with Bourdon or diaphragm mechanisms, and the jumper at the set point or relay setting and acts as an On and Off controller with its contact command at the output.

Pressure switches play an important role in establishing safety and control in pressurized systems, also they have different types according to use, working pressure, and fluid.

They are used in systems that work with pressure and need to be turned on and off at a certain pressure range and in boilers, gas compressors, automobiles, Pumping systems, steam turbines, steam power plants. 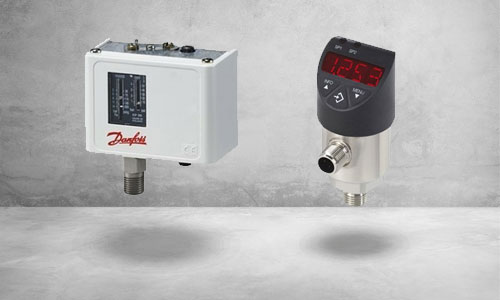 In general, temperature measurement methods can be divided into two categories:

non-contact: Infrared light is used to measure temperature in the non-contact method, and it can measure its temperature without the sensor touching the target object.

When the temperature of an object is measured by direct contact with it, such temperature sensors fall into the group of contact types such as RTDs, Thermocouples. They can be used to detect solids, liquids, or gases over a wide range of temperatures. 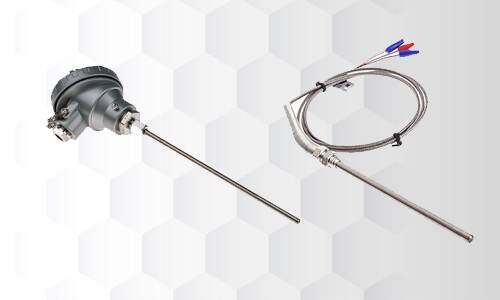 An encoder is a type of motion sensor and the name of a device that gives you a pulse by rotating its shaft at the output.

Encoders are usually optical, with a transmitter and an infrared receiver on either side of a rotating mechanical object that generates electrical pulses.

They are in two categories: rotary and linear. They are used in industry and factories, steel factories, textile machines, wood and CNC cutting machines, ceramic tile production machines, and cement factories. 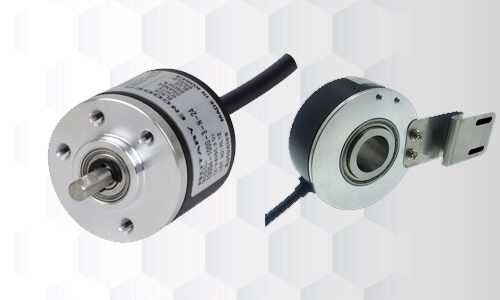 A distance sensor is a sensor that measures the distance of an object without physical contact. In these sensors, the distance measurement method is based on sending and receiving a type of signal. 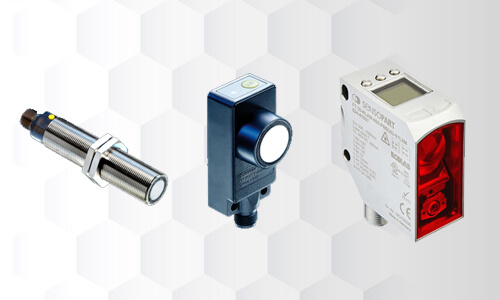 These types of sensors are used in many industrial applications and processes. They are usually used to control the quality or accurate location of products.

Color sensors are used for detecting the color of the target object. These types of sensors act like human eyes and work based on the reflection of light from the surface of the object. 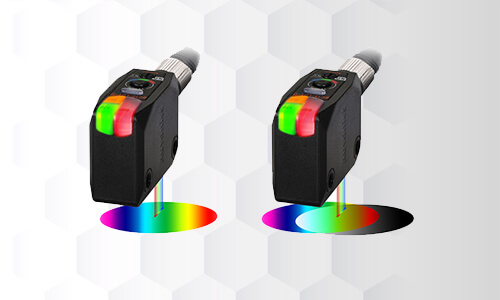 Color sensors detect waves emitted by the object and then report it in one of the currents, voltage, or frequencies types. Color sensors are also widely used in industry, medical and security systems, for example, to classify products based on color.

It is a high-efficiency device that is used to distinguish between two colors. These colors are usually used in print marks and backgrounds.

Contrast sensor evaluates the process of detecting the brightness or level of light received from the sample provided to the sensor. 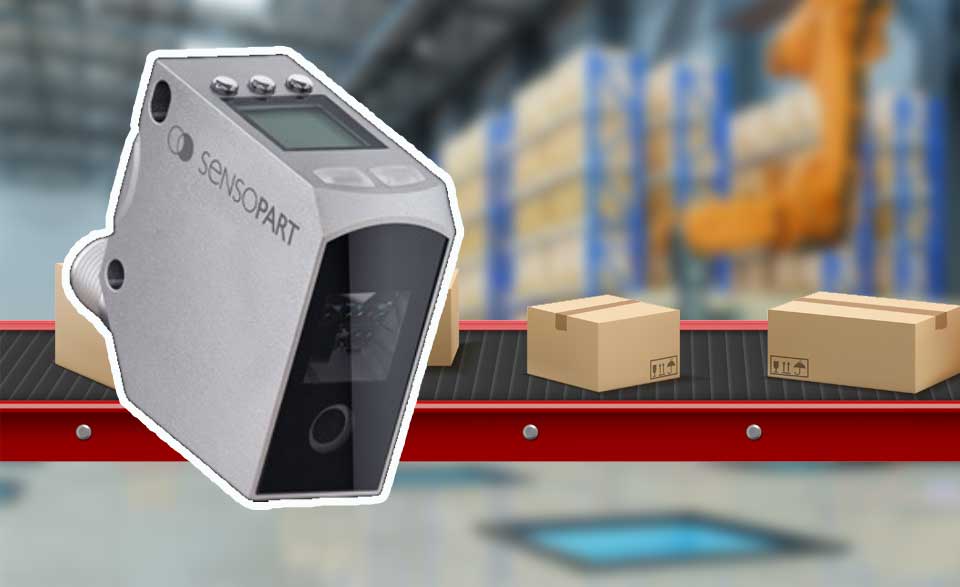 For each new sample presented, the sensor compares the value of the new sample with what was taught to determine if it looks more like a print mark or a background.

For better performance, most contrast sensors use color-variable LEDs, which allow the detection of very small contrasts. The color of the emitted light is automatically selected based on the sensor conditions.

A vision sensor is an easy-to-use camera product that is used as a solution for image-processing tasks and inspects, positions, and measures parts and also reads codes.

Visions sensors are adjusted using parameters. Features like area, the center of gravity, length, or position, and outputs the data or judgment results rendered by these sensors. 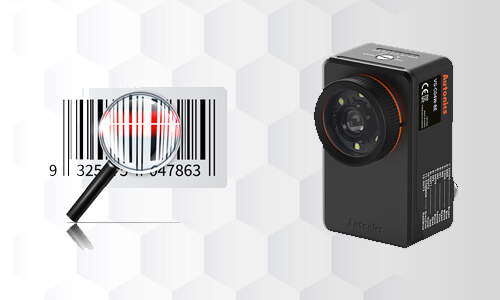 When color, light, or structure plays a role in the detection process a vision sensor is used. They are suitable for controlling the quality applications including presence/absence verification, matching, label inspection, verifying the correct color or shade of an object, etc.

RFID stands for Radio Frequency Identification, which means identification through radio waves, and is actually a wireless identification system capable of exchanging data by establishing information between a reader (tag reader) and a tag (identifier)attached to a product, object, card, etc. is. 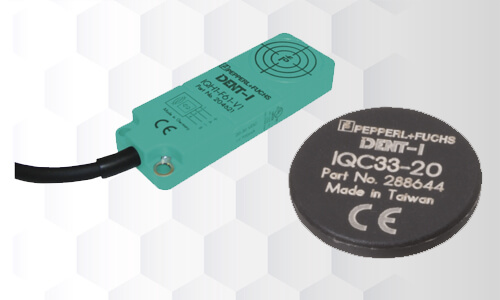 In other words, RFID systems use electronic and electromagnetic signals to read and write data without contact.

RFID technology is one of the new methods of automatic identification and electronic data collection, in which equipment, whether hardware or software, can read and recognize data without the intervention of manpower, including barcodes, two-dimensional codes, fingerprint systems, and corneal and voice recognition systems.