This is an important factor for determining the precision of a pressure transmitter in detecting a pressure variation.

The resolution of a pressure transmitter is expressed in percentage of FSO (Full Scale Output).

For example, if there is a pressure transmitter with a 100 bar setting range and 13-bit resolution, the smallest amount of signal change is 8192 steps (213). 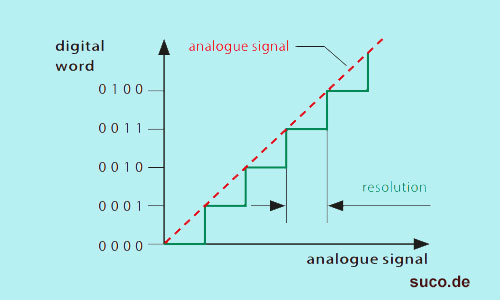 The sampling rate or sampling frequency determines the number of samples per time (second or millisecond) obtained from a continuous analog signal to make a digital signal. 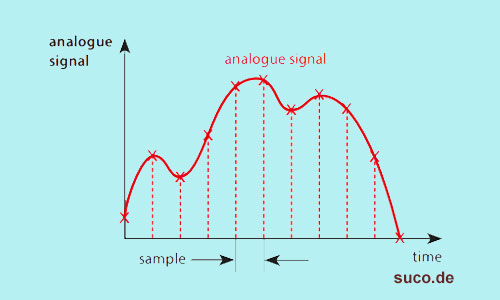 It shows how fast the output signal of a pressure sensor responds to the pressure change at the input.

This is the amount of time the sensor needs to apply the changes made in the input pressure to the output signal.

commonly referred to as:

In other words, it is the time or interval required for the sensor output signal to reach its final and stable value and change from 0 to 63.2% of the full scale when the pressure sensor is subject to an instantaneous full scale pressure change.

A total conversion of A/D, D/A and analog and digital filters in the signal chain from the measuring point to the output, form the response time.

On most standard and modern pressure sensors, this time is usually less than 2 to 4 milliseconds based on the model. 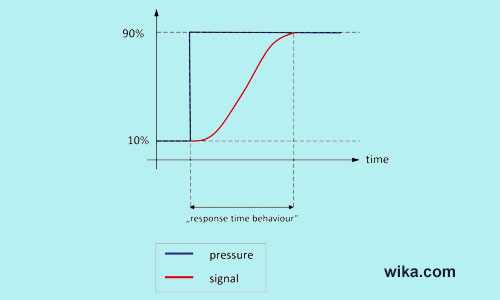 But in cases such as submersible pressure sensors, this time is often more than 100 ms.

Due to the particular constructive setups, dead time or overshoot are influencing factors for the response time of pressure sensors.

The Following explanations are very similar to response time definition.

Dead time is the minimum amount of time required between two events for the sensor output to change and respond after applying a step change to the input and also can be defined as the time after each event during which the system can not measure another event.

It is defined as the required time for the sensor to respond to a rapid change in a measured quantity, and reach the output of 63.2% of its total step change in measurement until it is measuring values within the accuracy tolerance usually supposed for the sensor.