Wetted parts are an important aspect to reflect on when choosing a pressure sensor. Process connections and wetted parts are the frontline dealing with the medium of application.

“Wetted parts” are measurement components used in connection with pressure sensors for all those parts, surfaces, and/or parts and also any internal seals, welds, or membranes/ diaphragms of the pressure sensors that are (potentially) exposed to or in direct contact with the media under pressure.

It is important to confirm that the wetted parts are compatible with the liquid under pressure. Therefore manufacturers will often determine the materials used in the construction of the wetted parts on the technical datasheet of the product to assess compatibility by the user.

Wetted parts in a typical pressure sensor are mainly limited to those parts called “process connection” or pressure port.

There are four categories for wetted parts of pressure sensors as follows:

The diaphragm seal or Chemical seal – Remote seal, is a component used to measure the pressure of the medium (liquid and gas) that should not be in direct contact with the measuring equipment.

The diaphragm seal has the ability to protect other pressure measuring instruments against adverse conditions, such as high temperatures and corrosive fluids, aggressive, highly viscous, or solidifying media, as well as their high ability to seal. 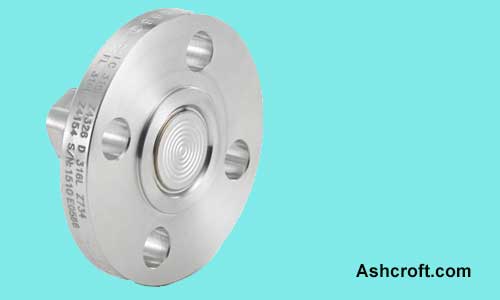 So the diaphragm seal has two main functions:

2- Transfer the pressure of the medium to pressure measuring equipment

The use of an isolated diaphragm also reduces the measured pressure fluctuations and its sharp peaks and increases the overload limit of the device.

Additionally, this device makes it possible to use pressure measuring equipment and manometers in harsh conditions such as constricted spaces, explosive atmospheres, and without dead spaces. 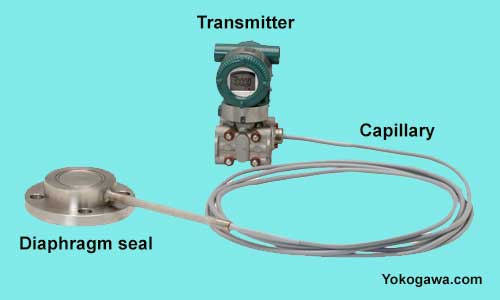 The capillary makes the instrument reading possible when it is far from the process connection.

An O-ring, one of the most basic and functional seals, is a circular, torus, or doughnut-shaped piece of elastomeric and polymeric material used in industry to make a better, more leak-proof seal between two other pieces.

It can be also made from PTFE, thermoplastic materials, as well as metals, both hollow and solid.

The function of An O-ring seal is to prevent the leaks of a fluid or gas. The seal assembly is made of an elastomer O-ring and a gland Where the O-ring is placed. 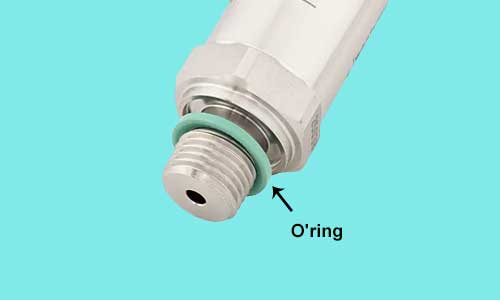 Placing the O-ring in the gland makes the sealing possible. O-ring seals work by placing in a gland or channel between two components that are mated or pushed together and become compressed in order to help create a tight seal.

O-rings can be used in many static & dynamic applications. They are widely used in pumps, cylinders, connectors, and valves, to seal joints between separate components and prevent the leaking of fluids and gasses.

Please refer to other pressure sensor articles for more information:

An Eye-Opening Guide To Pressure sensor Types: Everything You Need To Know