So transmitters can receive an electronic signal from a temperature sensor and convert it into a reliable signal. This signal is easily transmissible and is provided to the control or processing unit.

Usually, the output signal of the transmitters is sent to a control device, such as PLC, DCS, PC, loop controller, data logger, display, or recorder.

Working principle of a Temperature Transmitter

For instance, a thermocouple input transmitter draws a current of 4 mA from the power supply during the lowest temperature measurement.

Then, as the temperature increases, the transmitter draws proportionally more current until it reaches 20 mA, which is the maximum temperature sensed by the sensor.

In other words, 4 and 20 mA corresponding to the lowest and highest temperature of the sensor, respectively.

When using RTD, the Wheatstone bridge is used to create a low voltage at the end of it. This signal is amplified to generate a 4-20mA signal.

Sometimes, this analog signal is converted to a digital signal (ADC) to permit for additional functions (like calibration and scaling), then returned to the analog signal.

The conditioning circuitry can be designed for resistance values ranging from 15 to 380ohms or something similar to accommodate a full range of RTD values.

When a temperature transmitter is installed in a system, temperature changes cause the thermocouple voltage or RTD internal resistance to change, with the output current varying between 4 and 20 mA.

These changes lead to the creation of an internal circuit that is converted to temperature data by the converter and eventually sent to the control room.

Transmitters are designed in various types and are marketed for use. One group of transmitters is wireless and the other group is wired. The wired type of these tools is divided into two categories: 2-wire and 4-wires.

Temperature transmitters usually require a power supply and are made in the form of 2 wires. Power supply and signal transmission in these models is done by two wires.

Types of temperature transmitters based on shapes and sizes

They are divided into the following categories according to how they are installed: 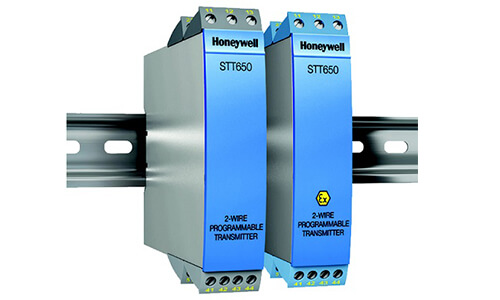 These transmitters are usually used in locations where an electrical box or a surface with a standard rail or DIN rail is necessary. DIN rail is industry-standard mounting hardware for equipment installation.

Some features of this transmitter are: 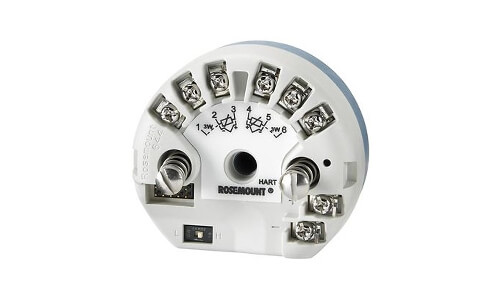 Hockey puck transmitters are one of the most common types of transmitters and are used for basic applications. Its name is derived from its form factor.

The dimensions of this transmitter are small and they offer limited hardware. These low-cost transmitters are also well suited for OEM applications and are suitable to be placed inside the heads of temperature probes.

Also, there are two mounting holes on each side of the transmitter. 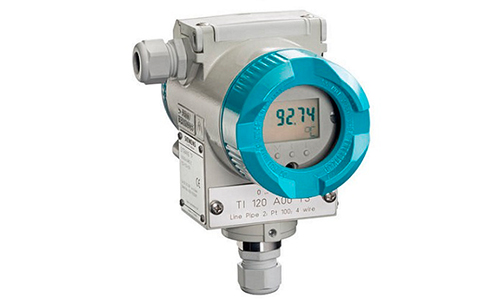 This special type of temperature transmitter is mounted in its own exterior housing. This feature enables it to be used “in the field” where conditions may need extra protection, such as in high-performance industrial operations.

By placing Field mounted transmitters relatively close to the sensor the strength of the signal will increase.

This transmitter is designed to protect sensitive electronic components against various conditions such as humidity, environmental conditions, corrosion and..

Thermocouples and RTDs are the most common types of inputs for temperature transmitters.

Thermocouples have two wires and their transmitter must have two input terminals. The thermocouple wires must be connected to the transmitter inputs.

To use a thermocouple, a transmitter must be provided with cold junction compensation. Zero and Span dialog are also common in thermocouple transmitters. With these dialogs, the device can be calibrated. This feature will be very important when the device is reading incorrect values.

RTD inputs are designed depending on their resistance value. The resistance is determined by the material used when making the wire-wound.

Platinum is a common material used for this purpose and has a temperature coefficient of 0.00392 //℃. Hence, a wide range of resistance values can be created using it.

Determining the value of RTD is a significant step in specifying the input for the transmitter. The next step is to determine the number of RTD wires.

RTDs There are 3 different wiring configurations for RTD: 2-wire, 3-wire, and 4-wire, each of which requires different circuits.

The 3-wire configuration is the most economical option and offers the best accuracy and precision. Thermistors are well suited when the temperature range is small, but the response should be high.

Temperature transmitters act as intermediaries between the sensor and the receiver. Therefore, they must produce a value that can be measured by the receiver.

There is no need for an additional power supply at the remote location as the transmitter is powered by a low-level output current of 4 - 20 mA. In addition, the usual signal of 24 Vdc is standard for operations in plants that possess large amounts of precision tools.

The output signal of the transmitter is highly immune when there is ambient electrical noise. Any noise appearing in the output current is usually omitted by rejecting the common mode of the receiving system.

Furthermore, the current output signal, unlike most voltage signals, does not change (decrease) with increasing distance.

It is a term that has existed and its meaning is evolving. Historically, a digital transmitter was referred to as a smart transmitter.

The SMART transmitter is an intelligent transmitter with analog output of 4 to 20 mA. Also, these transmitters provide other information digital communication signal data including instrument Tag Names, Calibration Data, and Sensor Diagnostics.

HART protocol or FOUNDATION FIELDBUS or PROFIBUS are usually used to set up smart transmitters. 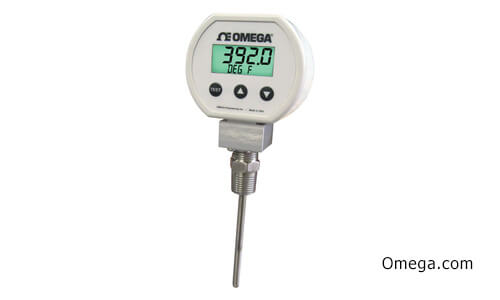 Before explaining the Isolated Temperature Transmitter it is important to know what a ground loop is.

This potential difference actually exists between the two points on the earth's surface. When we want to measure a process at a remote location, this voltage difference causes an error current along the line, which is called the "ground loop" signal. The result will be shown as an error on the display.

So, to avoid "ground loop" errors, you should choose an isolating temperature transmitter for your device.

This type of transmitter in the form of optoelectronic isolates the sensor signal from the output current loop.

In this way, the user can ground both the sensor and one side of the current loop. isolated transmitters support electrical devices by removing the effects of the ground loop, reducing undesirable interferences and instabilities in sensor measurements.

Adjustment and calibration are used to increase the accuracy of the transmitter output and to match the specific sensor.

Output signal changes should adequately reflect temperature changes. Like any instrumentation transmitter, a temperature transmitter should be calibrated or adjusted so that the current output of 4 to 20 mA indicates the varying temperature range of the measured process variable.

Devices that can simulate the output of sensors can be used to calibrate transmitters. For example, instead of a thermocouple sensor, a device that generates a range of millivolts can be used.

To calibrate the RTD sensor, a device that produces a range of resistances called a decade box is used.

Span potentiometer is also used to generate a 20 mA current when simulating 100% temperature.

Newer transmitters do not offer Span and Zero adjustments and calibration is done through software. In this case, a USB cable is usually needed to connect the transmitter to the computer.

The smart temperature transmitter for configuration freely uses the DIP switch or PC. the type of input signal, the range of measurement, and cold junction compensation of the thermocouple, optional HART communication function are automatically adjusted by the transmitter with high accuracy, long operating lifespan, low-temperature drift, and easy replacement.

Smart temperature transmitters are rapidly configured for a specific application. They allow the configuration through PAD or standard PC using the software. We can configure input parameters, output, sensor error detection, and process calibration in a few minutes.

Wireless transmitters are the latest models. In these devices, a Wi-Fi signal is used to transmit the signal to the receiver or controllers. After receiving the signal, it can be sent to a computer in order to be stored and printed or exported later on a spreadsheet. Also, the received signal can be sent through the wire as a 4 - 20 mA signal to a PLC. 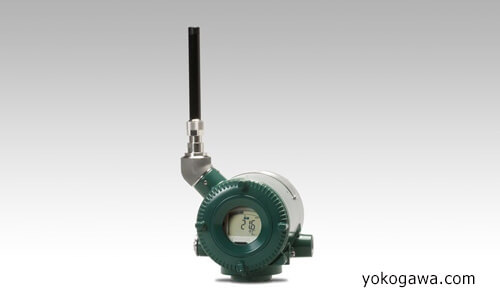 Why should we use a temperature transmitter?

In many industrial cases, the temperature of a process must be controlled remotely. Signals generated by temperature sensors, such as thermocouples, are very weak signals and cannot be sent over long distances.

These sensors can be connected to a transmitter to amplify small signals and reach the desired value of the control system. When the signals become transferable, they can be transmitted to control equipment and controllers.

Using this tool has numerous advantages over using its direct-wired counterparts, which include:

In which industries is a temperature transmitter used?

Temperature transmitters are widely used in large industries where temperature sensors are used including: