The first anemometer was composed of a flat plate perpendicular to the wind's direction. The wind spins the flat plate, and the plate's deflection angle momentarily reveals wind speed.

In this article, we prepare a series of questions about the history of anemometers and answer them completely. These questions are:

An anemometer is an instrument for measuring wind speed and direction. It is a standard weather station device. The term anemometer is taken from the Greek word, anemos for wind, used to define any wind-speed device utilized in meteorology.

Anemoscope was the name of an ancient device for measuring or predicting wind.

Leon Battista Alberti created the first pressure plate anemometer for measuring real-time wind speed around 1450. It was composed of a flat plate perpendicular to the wind's direction.

The wind spins the flat plate, and the plate's deflection angle momentarily reveals wind speed. Alberti designed the anemometer due to his work.

You may also want to browse our selection of anemometer with great prices on this link. 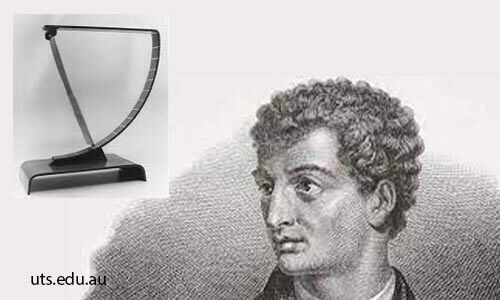 Many others developed their versions of the anemometer. Later, Englishman Robert Hooke reinvented the same type of anemometer.

He used four hemispherical cups and mechanical wheels to transform the initial design. Later, in 1926, John Patterson changed it to a three-cup anemometer, which Brevoort and Joiner developed in 1935.

In 1991, Derek Weston added the ability to measure direction and speed. 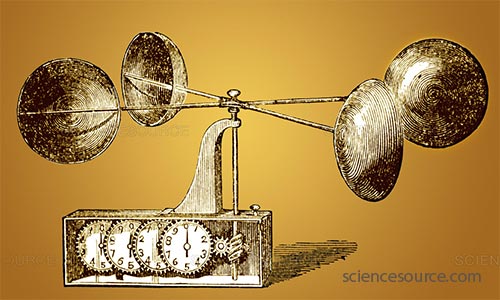 Other advanced anemometers are such as the hot-wire. It uses a heated fine wire cooled by the wind, and that cooling effect represents wind speed.

Recently, anemometers have used a range of new technologies to detect wind speed and its pressure, such as sound waves, laser and Doppler technology, and electrical currents.

Here is a Anemometer article for you, if you're interested to know more about them:

Types of Anemometer (All Types, Advantages and Disadvantages of each, Applications)

How to Make a Basic Anemometer

What is The Use of Anemometer; Details You Need to Know About Wind Meter